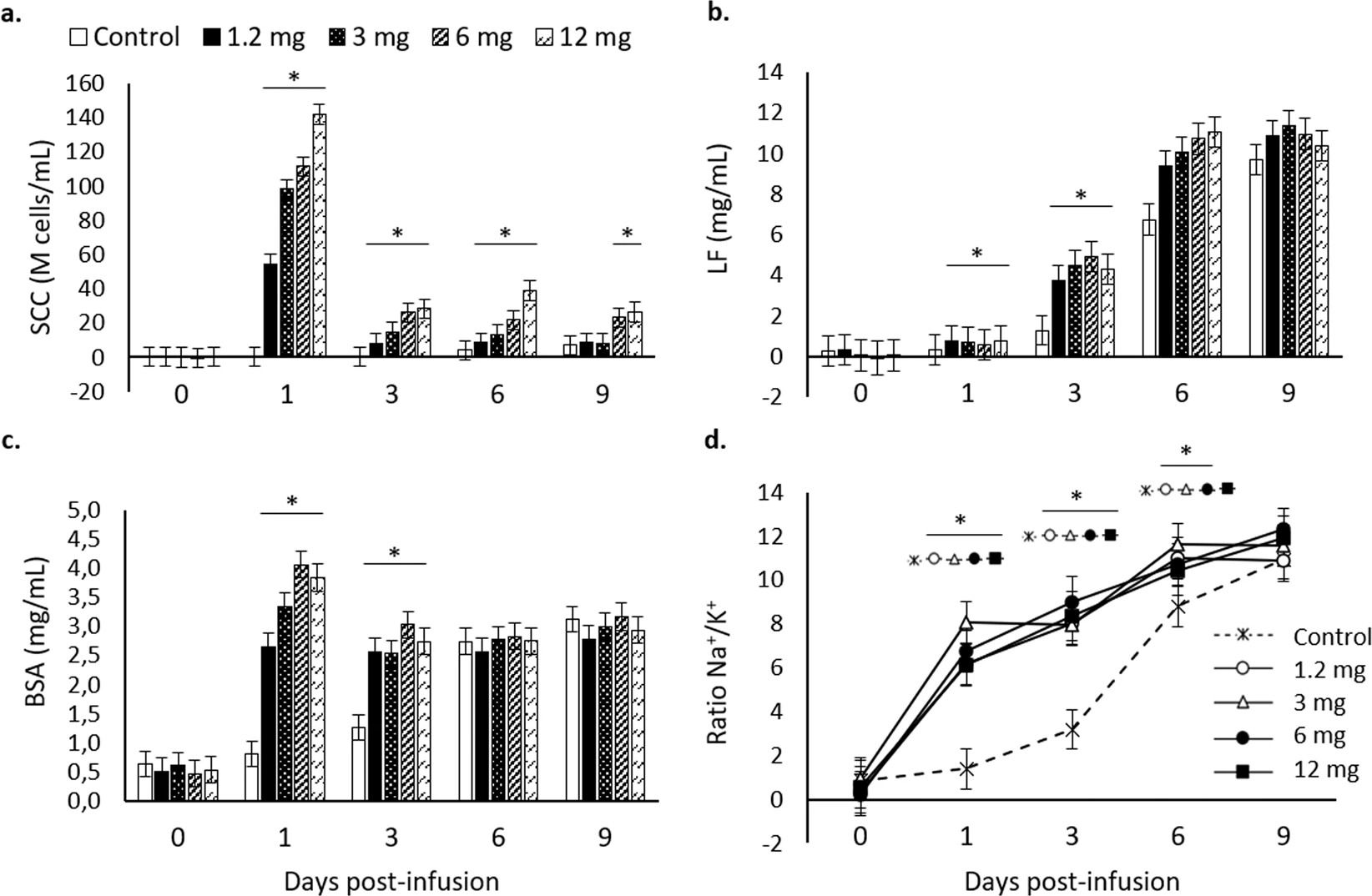 The cow dry period is a non-milking interval where the mammary gland involutes and regenerates to guarantee an optimal milk production in the subsequent lactation. Important bottlenecks such as the high risk of intramammary infections complicate the process. Antibiotics have been routinely used as a preventive treatment but the concerns about potential antibiotic resistance open a new scenario in which alternative strategies have to be developed. Matrix metalloproteinase-9 (MMP-9) is an enzyme able to degrade the extracellular matrix, triggering the involution and immune function of cow mammary gland. We have studied the infusion into the mammary gland of MMP-9 inclusion bodies as protein-based nanoparticles, demonstrating that 1.2 mg of MMP-9 enhanced the involution and immune function of the cow mammary gland. However, the comparison of the effects triggered by the administration of an active and an inactive form of MMP-9 led to conclude that the response observed in the bovine mammary gland was mainly due to the protein format but not to the biological activity of the MMP-9 embedded in the inclusion body. This study provides relevant information on the future use of protein inclusion bodies in cow mammary gland and the role of MMP-9 at dry-off.