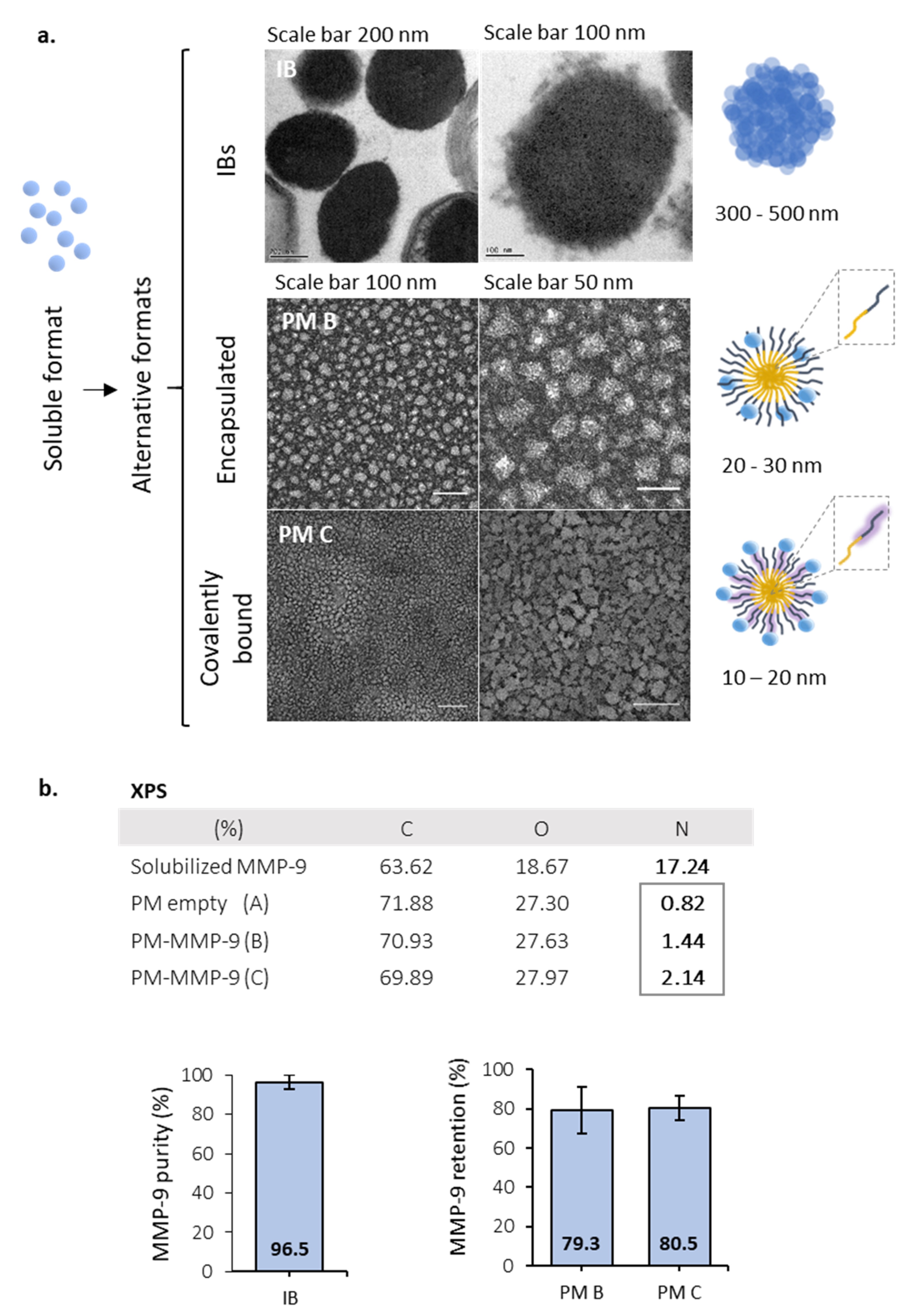 Inclusion bodies (IBs) are protein nanoclusters obtained during recombinant protein production processes, and several studies have demonstrated their potential as biomaterials for therapeutic protein delivery. Nevertheless, IBs have been, so far, exclusively sifted by their biological activity in vitro to be considered in further protein-based treatments in vivo. Matrix metalloproteinase-9 (MMP-9) protein, which has an important role facilitating the migration of immune cells, was used as model protein. The MMP-9 IBs were compared with their soluble counterpart and with MMP-9 encapsulated in polymeric-based micelles (PM) through ionic and covalent binding. The soluble MMP-9 and the MMP-9-ionic PM showed the highest activity values in vitro. IBs showed the lowest activity values in vitro, but the specific activity evolution in 50% bovine serum at room temperature proved that they were the most stable format. The data obtained with the use of an air-pouch mouse model showed that MMP-9 IBs presented the highest in vivo activity compared to the soluble MMP-9, which was associated only to a low and a transitory peak of activity. These results demonstrated that the in vivo performance is the addition of many parameters that did not always correlate with the in vitro behavior of the protein of interest, becoming especially relevant at evaluating the potential of IBs as a protein-based nanomaterial for therapeutic purposes. View Full-Text
News
SHARE