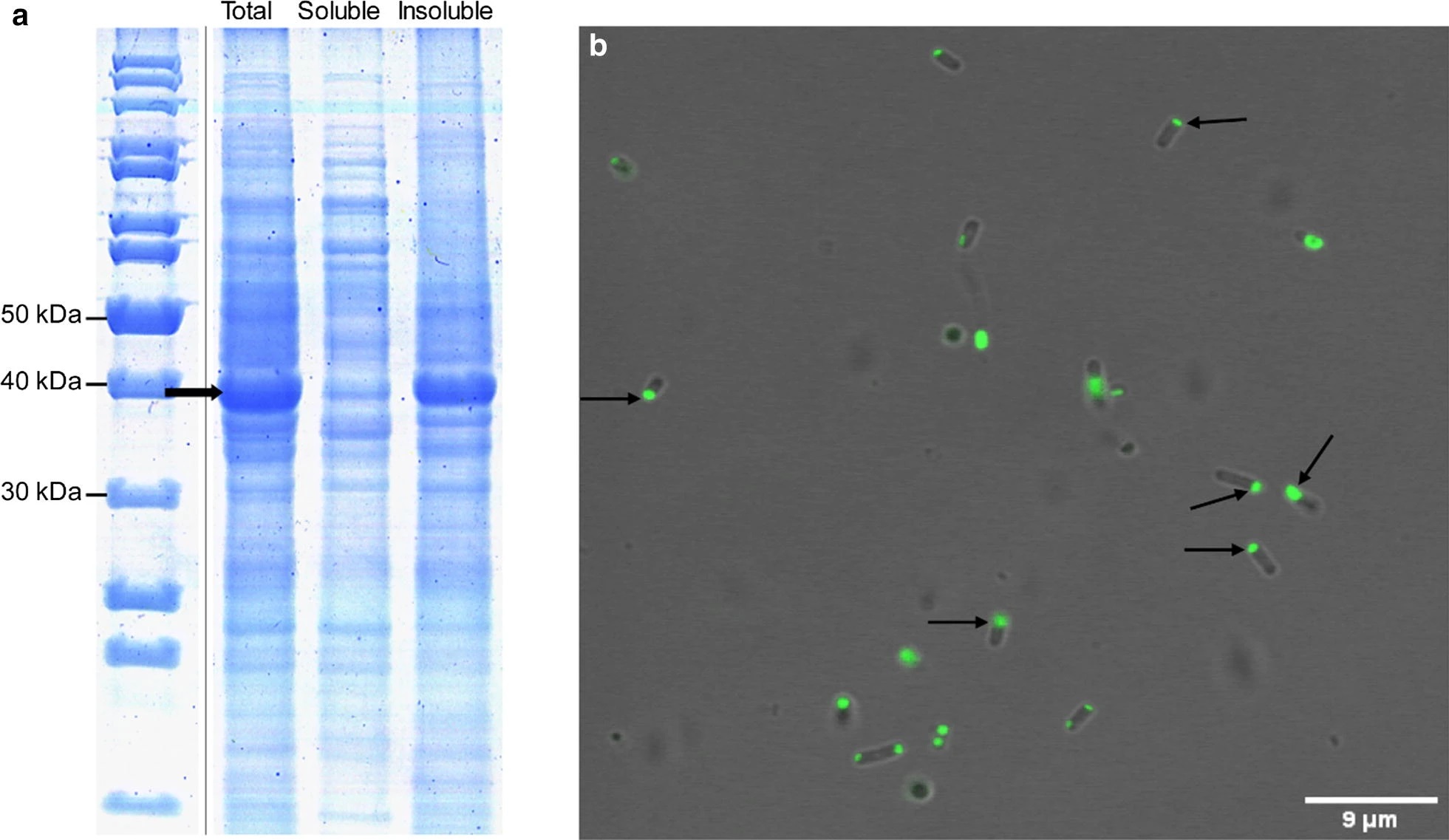 Recombinant protein expression in bacteria often leads to the formation of intracellular insoluble protein deposits, a major bottleneck for the production of soluble and active products. However, in recent years, these bacterial protein aggregates, commonly known as inclusion bodies (IBs), have been shown to be a source of stable and active protein for biotechnological and biomedical applications. The formation of these functional IBs is usually facilitated by the fusion of aggregation-prone peptides or proteins to the protein of interest, leading to the formation of amyloid-like nanostructures, where the functional protein is embedded.

In order to offer an alternative to the classical amyloid-like IBs, here we develop functional IBs exploiting the coiled-coil fold. An in silico analysis of coiled-coil and aggregation propensities, net charge, and hydropathicity of different potential tags identified the natural homo-dimeric and anti-parallel coiled-coil ZapB bacterial protein as an optimal candidate to form assemblies in which the native state of the fused protein is preserved. The protein itself forms supramolecular fibrillar networks exhibiting only α-helix secondary structure. This non-amyloid self-assembly propensity allows generating innocuous IBs in which the recombinant protein of interest remains folded and functional, as demonstrated using two different fluorescent proteins.

Here, we present a proof of concept for the use of a natural coiled-coil domain as a versatile tool for the production of functional IBs in bacteria. This α-helix-based strategy excludes any potential toxicity drawback that might arise from the amyloid nature of β-sheet-based IBs and renders highly active and homogeneous submicrometric particles.