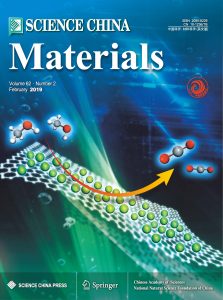 Cytotoxic proteins have a wide applicability in human therapies, especially in those conditions that require efficient and selective cell killing, such as cancer [1]. Chlorotoxin (CTX) is a small (4 kDa) basic peptide from the venom of the yellow scorpion Leiurus quinquestriatus [2], which blocks small-conductance chloride channels [3] thus paralyzing the scorpion prey. Being not extremely potent as a cytotoxin (for instance when compared with ribosome-inactivating proteins), it has gained interest as a targeting agent, as the peptide shows a preferential binding to glioma cells mediated by the cell surface matrix metalloproteinase-2 (MMP-2) and the annexin-2. The expression of these proteins is increased in gliomas and other cancer cell types [4]. Upon exposure, CTX blocks the chloride channel activity but it also inhibits and downregulates MMP-2 [5], hampering the glioma tissue migration and invasion potency and inhibiting the metastasis [6]. Despite the efforts to develop chlorotoxin-derivatives and analogues that may enhance the cytotoxic effect of the natural peptide, the most promising strategy to improve patient mean survival time appears to be the use of chlorotoxin as a targeting agent for the delivery of anti-tumor agents. In this context, CTX has been explored in drug delivery as a component of drug formulations that have entered in clinical trials or are already FDA-approved [7]. Indeed, CTX has been largely explored as a partner in drug conjugates [8] or in form of fusion proteins [9] for the treatment and diagnosis of gliomas and other malignant tumors.

Recently, we have developed a protein engineering platform based on functional recruitment [10] to promote the self-assembly of reporter proteins such as the green fluorescent protein (GFP) [11], and therapeutic proteins such as pro-apoptotic factors [12] or microbial [13] and plant toxins [14] in form of therapeutic or theranostic nanoparticles [15]. These category of constructs, based on the fusion of N-terminal cationic stretches [16], form fully functional non-amyloid nanoparticles (ranging from ~10 to 60 nm) [17], that are highly stable upon in vivo administration and show a proper biodistribution and accumulation in tumoral tissues [15,18]. Lacking natural cell-targeting properties, these constructs have been genetically empowered to bind CXCR4+ cells by the addition of the CXCR4-binding peptide T22 [19]. We were interested in knowing how a protein-only nanostructured version of CTX would keep the cell binding and internalization abilities of this peptide.

In this context, we designed the modular protein CTX-GFP-H6 (Fig. 1; see all used methods in the Supplementary information). Being cationic, CTX was expected to act as an architectonic tag in combination with the carboxy terminal histidine tail. In addition, we were interested in investigating whether CTX can retain its natural biological activities as a targeting agent in such a macromolecular organization. Since the cationic characteristic of CTX is only moderate, we generated the alternative fusion CTX-KRKRK-GFP-H6, in which additional cationic residues were inserted between CTX and GFP (Fig. 1a), to favour nanoparticle formation. Such strategy was previously observed as useful to promote oligomerization of blood-brain-barrier (BBB) crossing peptides as brain-targeted, protein-only nanoparticles [20]. These two CTX-containing proteins were produced and stored in carbonate buffer, which had been previously shown to be optimal for the stability of self-assembling protein nanoparticles in cell cultures [13]. We also tested two salt concentrations, as the ionic strength might have a significant role in nanoparticle formation [18]. As observed in the inset (Fig. 1a), both proteins were produced in bacteria as a single molecular species of the expected molecular mass, and spontaneously assembling as regular nanoparticles of ~12 nm (Fig. 1b, c). The addition of sodium dodecyl sulphate (SDS), that promotes the disassembly of protein-only nanoparticles, revealed the actual size of the building blocks (around 3.8–5 nm, probably protein monomers and/or dimers), very similar to that of the parental GFP-H6 (5.4 nm, probably dimers, Fig. 1d). The salt content did not have any detectable impact on the particle size and stability but the buffer with salt seemed to promote or increase nanoparticle density or amount (Fig. 1b, c). A rich culture media such as Optipro did not show any significant impact on the size of the materials, while 10% bovine serum albumin (BSA) decreased the particle size, probably by slightly destabilizing protein-protein contacts without inducing their full disassembling (Fig. 1d). The resulting nanoparticles were fully fluorescent, with specific emission values of 2,550.6 ± 2.8 units/µg and 2,027.8 ± 8.1 units/µg for CTX-GFP-H6 and CTX-KRKRK-GFP-H6 respectively (not shown). Such intrinsic fluorescence emission allowed the monitoring of the materials in subsequent assays in cell cultures.